Bringing Beef to Market on a Family Scale 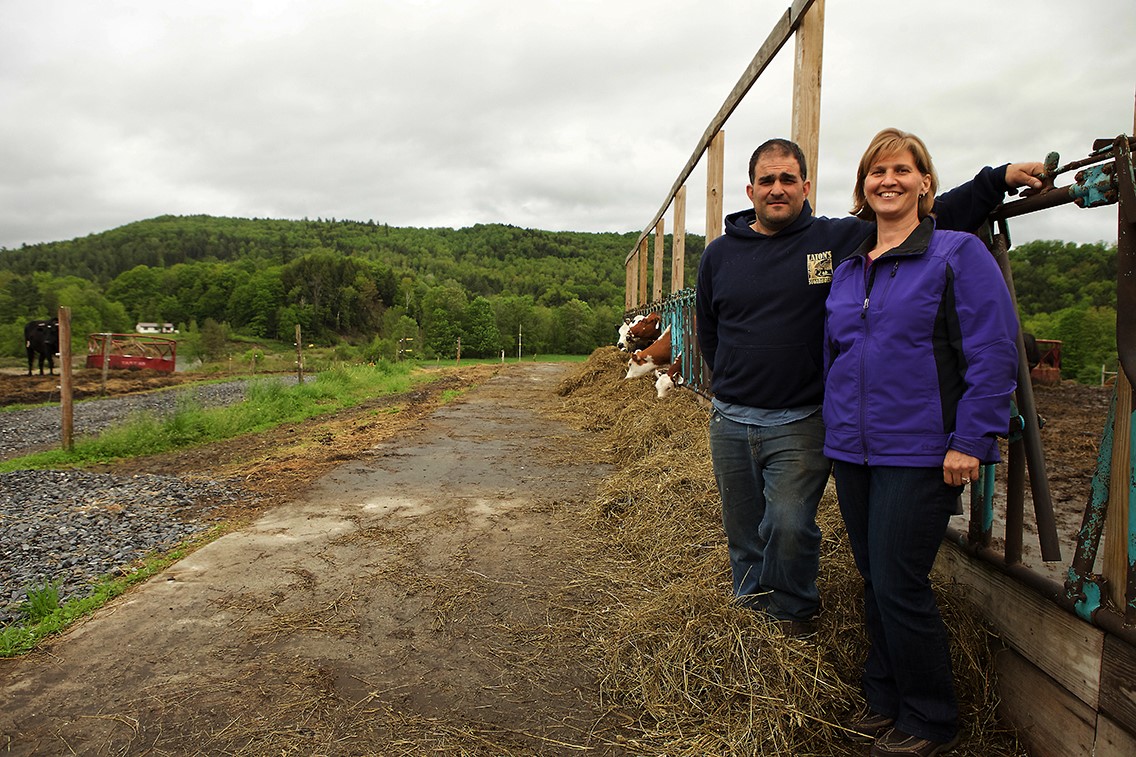 “That’s Moo Moo” says Justin, as we walk a new gravel section of road between a winter feeding area and an early-spring-green pasture. Moo Moo is a steer who’s stayed over the winter, beyond the time on the farm of his peer calves, because “he became too much of a pet to sell last fall.” 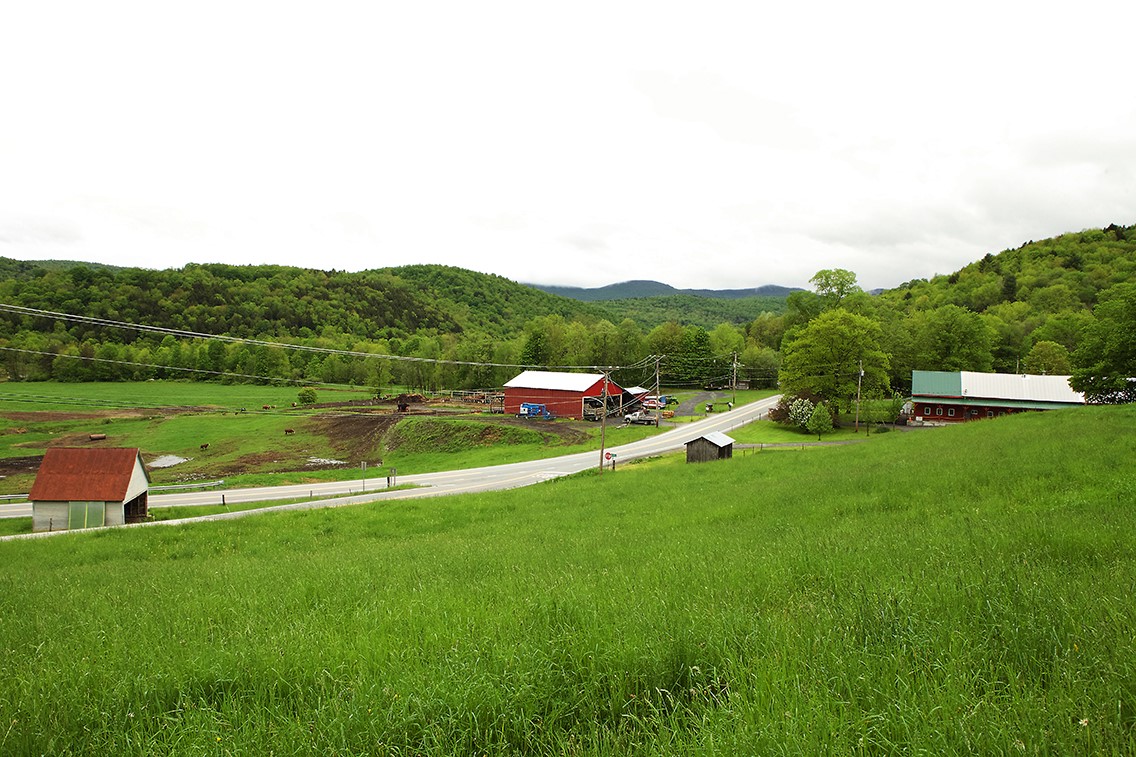 Moo Moo is standing at the top of the hill overlooking a bend in the White River on the Poulin’s home farm, just upstream of Randolph, Vermont.

“We make the mistake of naming many of the cows and calves and it can be hard to sell or slaughter them.  We work with them so closely and get to know them so well, we can’t help it,” he says.

Justin, his wife and two daughters, along with the help of one farm hand, together raise 40 calves annually from their herd of 40 beef cows, and run 6,000 maple taps for certified organic maple syrup.  As Justin walks among the cows looking at their ear tags he can identify which year each one was born, and even the year the cow’s mother was born. He can trace them back to 1993, when just out of high school he bought 3 beef cows.  Justin points out that 95% of his herd was built from those three original cows. Many of his cows stay healthy and produce a healthy, well-fed calf annually well into their teens (one of the current cows on the farm is 17 years old), which attests to the success of Justin and his team in building a healthy, sustainable farm. 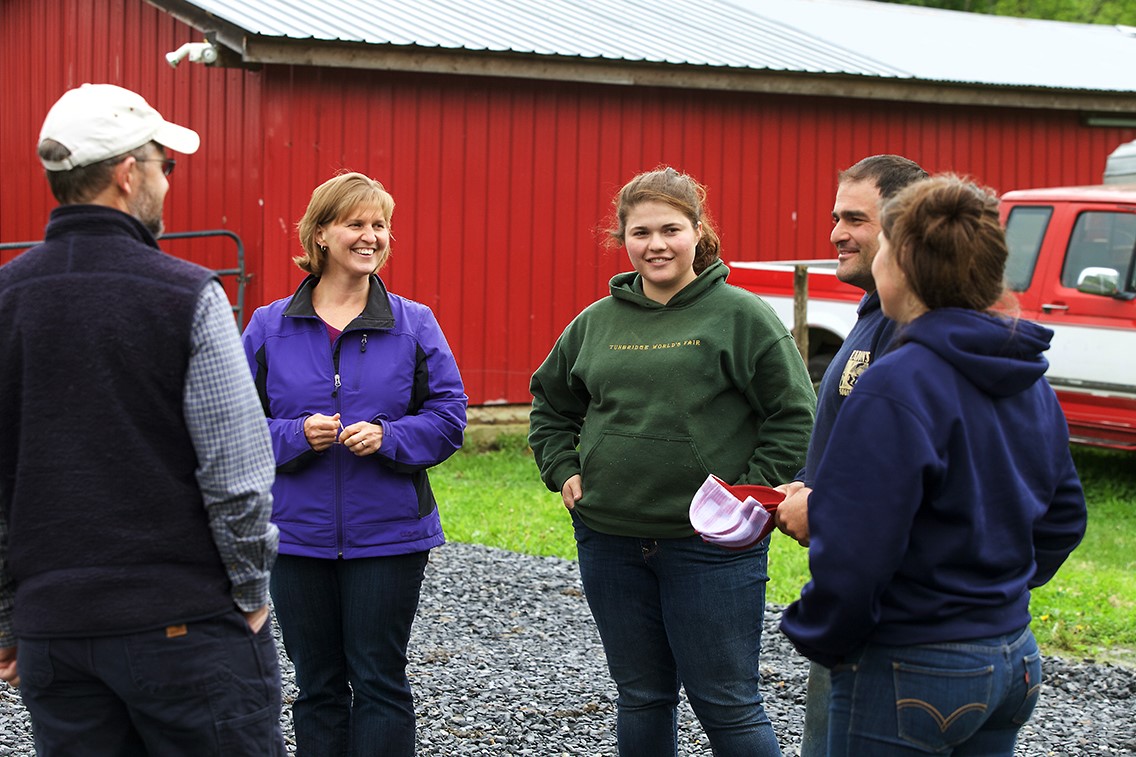 For the past 12 of those 24 years, Justin has been shipping his weaned calves to Pineland Farms for finishing.  Pineland buys calves and finished steers directly from 250 northeast family farmers from as far as Virginia in the south, Maine in the north and as far west as Ohio. Pineland operates a finishing facility in Fort Fairfield, Maine, in Aroostook County, where the calves mature before traveling to Pennsylvania for slaughter. “The lack of cost efficient and adequately large enough slaughter facilities anywhere in New England or New York prevent a more nearby option,” says David Ordway, who has worked as Sales Director at Pineland since 1996.

Pineland Farms traces its history back to Wolfe’s Neck Farm, an 800-acre farm on the ocean in Freeport, Maine, that produced organic beef as early as the 1950’s. In the late 90’s, when I was managing a nearby farm and education center, I had the chance to visit the operation myself, and it’s a stunningly dramatic spot, with green pastures stretching out to the rocky Maine coastline, like something you’d expect to see in Ireland.

In 1996, Wolfe’s Neck Farm began to pursue a strategy to help other small farmers aggregate their beef to enable sales to meet growing consumer demand for beef raised without added hormones or any antibiotics, and vegetarian fed. In 2006, they started their own finishing operation to ensure consistent quantity and quality for customers, and changed the brand name to Pineland Farms. Pineland Farms fresh beef and beef products are now available in hundreds of Whole Foods and other east coast retailers.

Justin switched from selling at the state fall auction to selling directly to Pineland exclusively 12 years ago. He says “I prefer the Pineland protocol and setup versus the auction sale and stress it used to induce for the calves. Pineland’s pricing is more consistent and better reflects the high quality of my beef.”

Working with the UVM Extension Program over the past several years, Justin started to move his cows to fresh pasture every three days. Justin sees the more rapid pasture re-growth and change in pasture plant species from when he moved the herd every 10-14 days.

From my own days managing dairy cows on pasture and giving them fresh grass every 12 hours, I remember how much the cows love to dig into fresh pasture, like kids into cake and ice cream. I also remember seeing firsthand the difference in moving from a long-duration graze to shorter duration rotational grazing, and the rapid, healthy transformation it brings to the pasture and the livestock.

Short duration grazing, the effect of the herd’s hooves and pasture consumption, followed by adequate regrowth period before turning the herd out on the same piece of land, builds pasture soils rather than deplete them. Rotational grazing is a sustainable farming practice of biomimicry, echoing the way that herds of open range ruminants like the Great Plains Bison, and pasture plants once co-evolved. It recently has become recognized as a key component of “regenerative agriculture,” farming that seeks not to just slow depletion of soils, but to rebuild them in the process of farming and producing food and fiber.

“We’ve been on this farm for six years, the first we’ve owned, and use pastures on five neighboring farms during the summer and fall.  We never push the livestock, whether to clean up their feed, or with hormones or fed antibiotics.”Justin continues, “And we treat the resources well, whether the pastures and adjoining river or the sugarbush.  At the same time, we have to make money at this. We want to pass on a healthy operation to our kids if they are interested.” 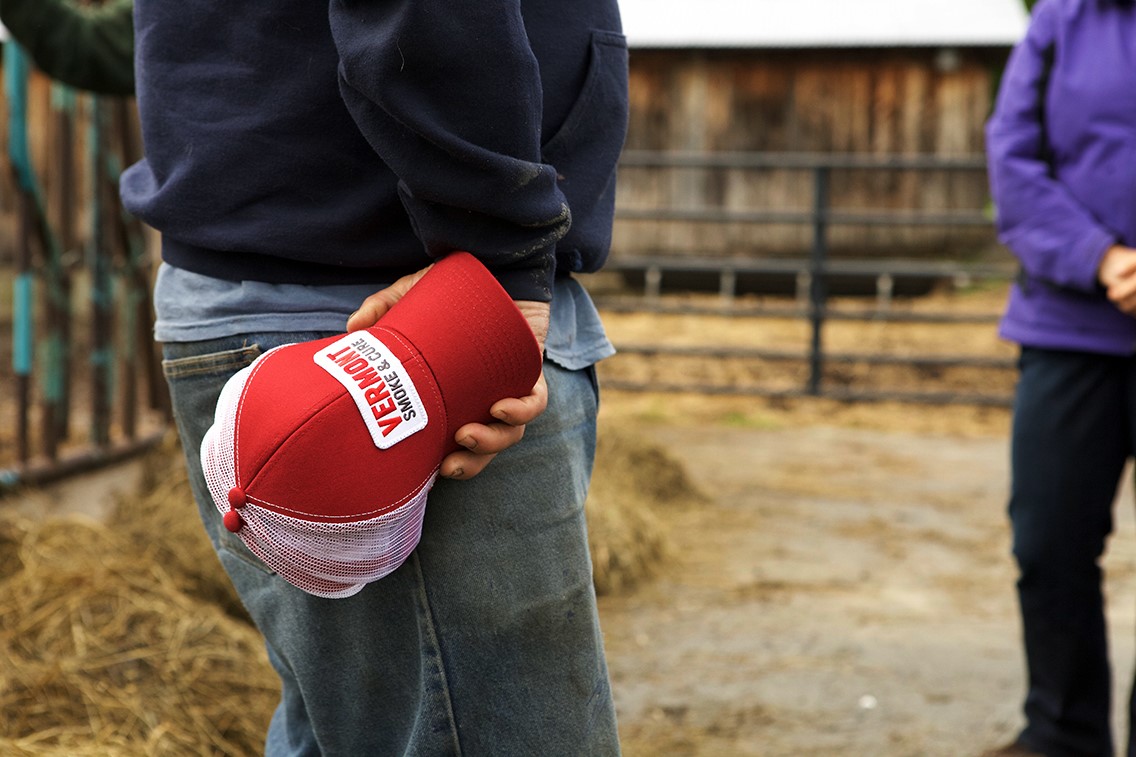 Pineland Farms is the primary beef supplier for Vermont Smoke & Cure®. Justin Poulin and family are one of the 250 farm families in the northeast that supplies Pineland. 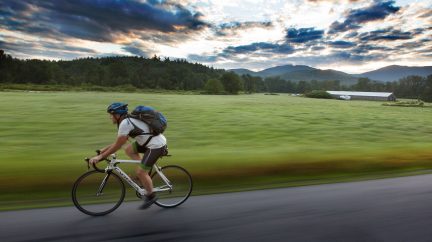 From Pelotons to Pastures: The Story of Better Meat For…

In the next week, as temperatures shoot up from the 20’s to an expected 70°F,…