From Pelotons to Pastures: The Story of Better Meat For All® 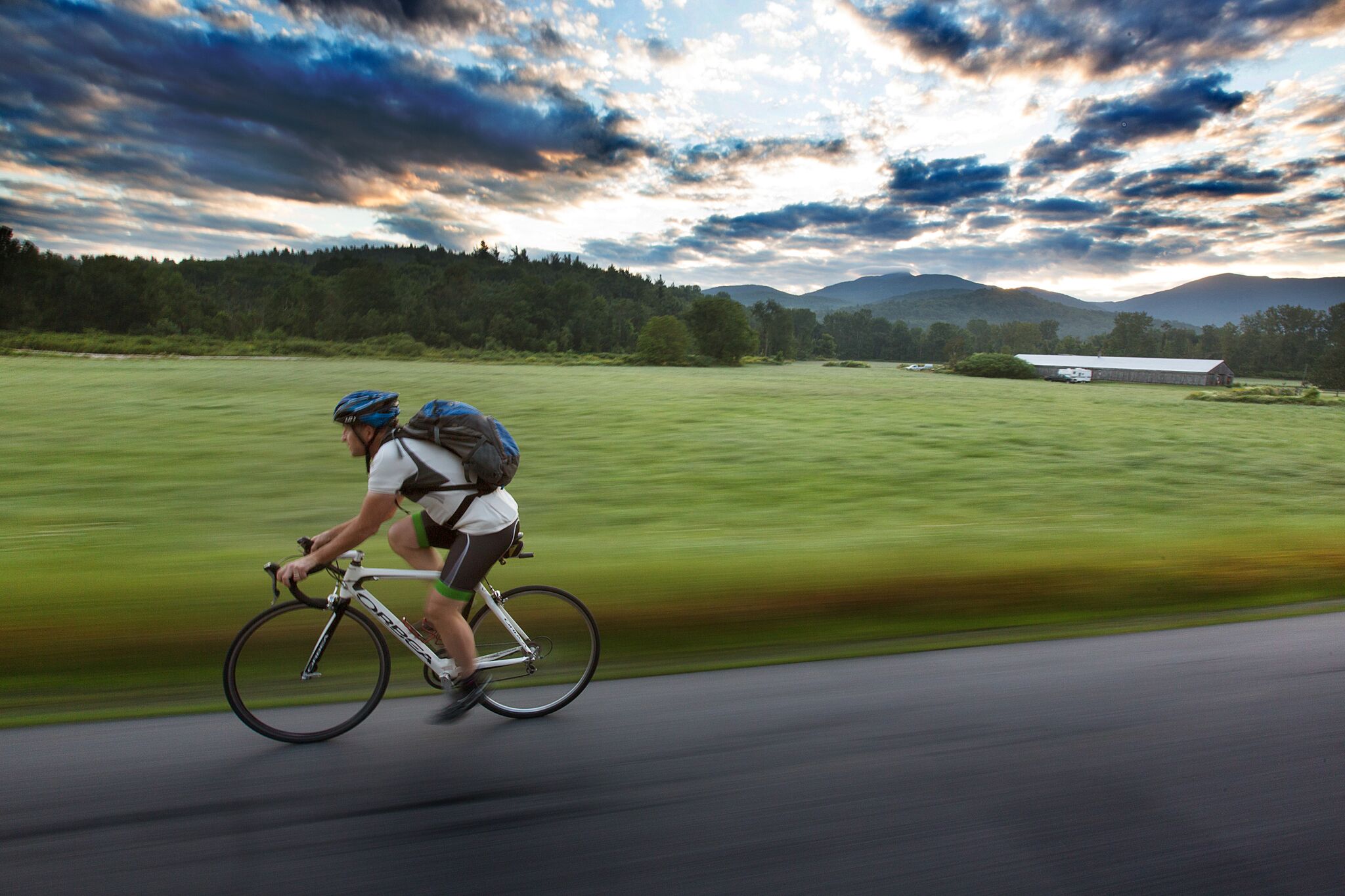 In the next week, as temperatures shoot up from the 20’s to an expected 70°F, I’ll be able to re-start bike commuting. Arriving at work or home, covering the distance without firing up the car, and getting in some exercise at the same time, seems like such a “twofer,” I love it. Even better, I get to appreciate and track the changes in the farm fields I ride by.

My deep interests in food and agriculture in large part trace back to when I first fell in love with riding and racing bicycles. I enjoyed them as a kid, stripping down our single-speed bikes into early BMX bikes and tearing around on trails we built through the woods. When I started racing at age 15 and grew toward 300-mile training and racing weeks, the landscape rolling by formed a deep impression. Later, as a US National Team member and then professional with weekly mileage in training heading to 400 or over 600 miles during multi-day (stage) races, and adding many locations across North America, Western and Eastern Europe, I absorbed and deeply appreciated riding through a wide range of agricultural landscapes.

At the same time, as a full-time athlete, with my body as my tool for making a living, I dove headlong into learning about nutrition. With an almanac of nutritional contents of foods and a notebook of graph paper, I tracked key nutrients for everything I ate and correlated that to how I felt and performed. The benefits of whole and organic foods and the negatives of hydrogenated oils were more theory than fact back in the late 1980’s, but they seemed to bear truth from my experience. 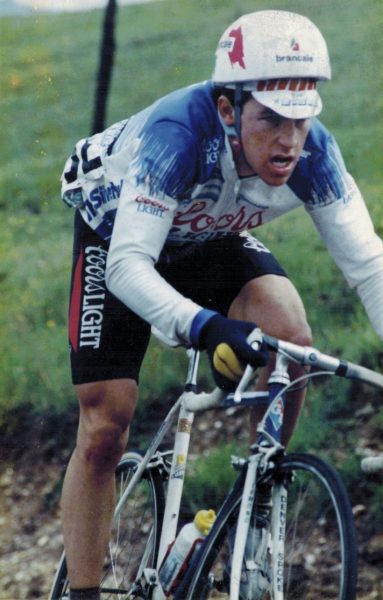 Performance nutrition was in its toddlerhood. In the bike racing world, nutritional tradition and folklore were presented with authority and sometimes little choice of an alternative. I was surprised to receive mini sandwiches including ham and butter in the cloth musette bags handed to us mid-race in Europe (the sandwiches went down surprisingly well during cold and rainy races, but not so well in the heat of the summer).  In southern Italy, all the racers in a stage race suffered through a week of plain white risotto for dinner (we were told, spicy foods will be hard for you to digest!) along with overcooked extra lean beef or horse (never any chicken or fish), while nearby hotel restaurant guests unwittingly tortured us as they ate the delicious foods you’d expect to eat in August in Sicily. I still can’t eat risotto.

After returning to college from the US National Cycling Team, my first post-grad job was at an environmental consulting firm, with clients including the US EPA. At one point, I spent days typing in data on drinking water wells contaminated by agricultural chemicals. I decided that I was working on the wrong end of the problems with agriculture. I sought more fundamental ways to meet our needs for food & fiber without degrading farmland and agricultural communities.

I soon started an internship on a farm, fell in love with it, and farmed for the next seven years. In my third year of farming, while building a farm & education center, I saw how happy and healthy livestock could be when raised with adequate space to express their normal behaviors, clean space and air, and ideally on pasture.  I ended over five years of eating vegetarian to eat well-raised meats, and felt better for it.

I initially chose to go vegetarian primarily for health and environmental reasons, and also for animal welfare – not that we shouldn’t eat animals, but that they shouldn’t be raised in crowded conditions where they can’t express natural behaviors. After I learned how properly managed livestock are actually integral to the health of the land, and that plant, animal and soil ecological communities had co-evolved, I understood how trying to eliminate livestock from agriculture would be a mistake. 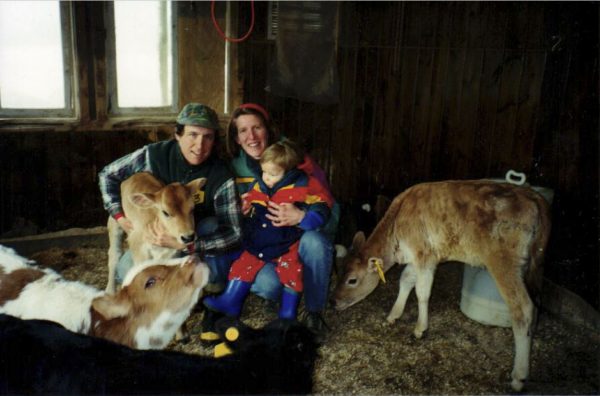 In 2005, I landed at the smokehouse that would eventually become Vermont Smoke & Cure. It was somewhat unintentional at the time and I had no idea what was in store for me. My family and I had returned to Vermont for me to take a job at a restaurant chain that was focused on serving local foods at an obtainable price point, then a revolutionary idea. Soon I moved over from the restaurant to run the family-owned smokehouse. At that point, the smokehouse was operated by just 8 people in a mere 3,300 square feet in the back of an old creamery building that had been retrofitted into a gas station and deli.

Back then the smokehouse mission to help local farmers was in place, but the locally-focused business model wasn’t aligned with the reality of Vermont at that time – pigs weren’t available for wholesale year-round, and quality was inconsistent.  With adjustments to put the company focus on natural products, wider distribution and regionally grown meats, Vermont Smoke & Cure could continue providing processing services for farmers and simultaneously work toward bigger goals:  improving the meat supply chain and products (from farm to slaughter to processing, to families eating the meat), so that all involved would be healthier: literally, Better Meat for All.

As part of redefining the smokehouse in my first several years, my search as a by-then weekend-warrior athlete for healthy, satisfying, low sugar, higher-protein snacks led to the idea for a better version of the iconic meat stick.  With a bit of investigation, I figured out that we didn’t need all the preservatives, fat and salt people had taken for granted in the leading meat sticks. After a careful development process, we launched our Meat Sticks in early 2010. I’m proud to have developed the recipes for our 8 flavors of Meat Sticks, always made from meat raised without the use of antibiotics and hormones, with no artificial ingredients, preservatives, or added sodium nitrites, and dramatically lower in sodium, fat and sugar than the other leading meat stick brands. 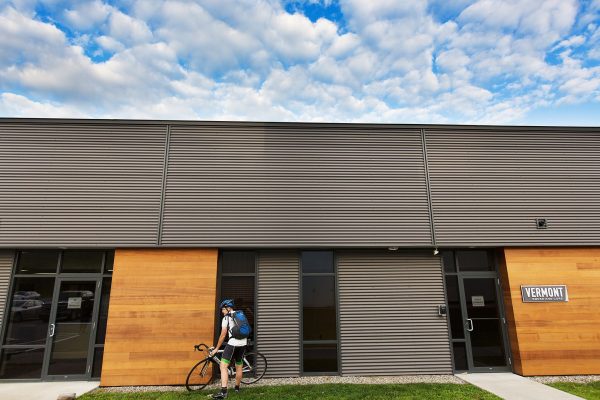 It was particularly satisfying last week to hear that a nearby, Olympic medal-winning mountain biker carries Vermont Smoke & Cure sticks during training for immediate post-workout protein.  Being able to ride to-and-from a job where I can help support the landscape and farmers that support all of us, while creating meats that fuel new generations of athletes and everyone else just trying to eat well – that gets me jazzed to get on my bike (when the sun is shining!) and get to work each morning. 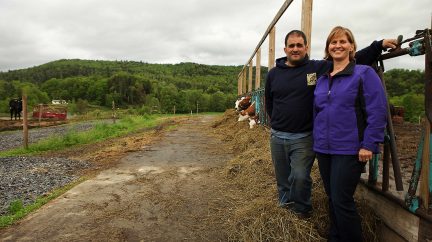 Bringing Beef to Market on a Family Scale

“That’s Moo Moo” says Justin, as we walk a new gravel section of road between…